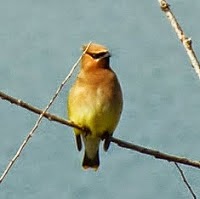 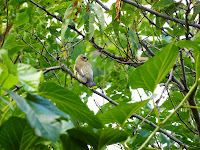 Cedar waxwings have very slick, smooth look with a gradient brown or orange to yellow body. A few red spots stand out on grey wings, and, and with yellow terminal tail band (the tips of the tail feathers is yellow)on a grey tail with a white undertail. The cedar waxwing has a crest and a black mask and beak, giving it a "heroic" look. The cedar waxwing is about has a 30cm wingspan and the ones I have seen are about the size of a robin.

Habitat/range: Wooded areas and fields throughout Ontario during the breeding season.

Cedar waxwings are very social birds and are often seen in flocks, especially around areas with fermenting berries to feast on. During migration they may even be seen in flocks of hundreds or occasionally even thousands. They might be seen lined up, passing down berries to share until an individual decides to eat it, and then another berry is picked to be passed down the line again. This endearing behaviour is also seen in a cute courtship dance where the male will hop towards the female, offering her a berry. After accepting the berry, she hops a little way with it before stopping to hop towards him again to offer it back to him, and the dance repeats.
They build nests out of twigs, lichen, and moss in both coniferous and deciduous trees and shrubs. A female lays 3-5 eggs at a time, with an incubation period of 12-16 days. The cedar waxwing's call is high, lisping, and trilling.

Distinguishing a Bohemian Waxwing (Bombycilla garrulus) from a Cedar Waxwing:
They have a  similar appearance, but are distinguishable by both physical traits and range during certain times of year.
Field notes:
This summer I got to see two cedar waxwings within two days of eachother. This might be due to the fact that they are often in flocks so although at the time they were both alone (once perched on a tall branch and once sitting in a mulberry berry tree), the rest of the flock might have just dispersed somewhere nearby.
The two cedar waxwings also had different appearances. The first one was in a tree by a lake with a gregarious set of more intense colours and posture (the orange was very clear), whereas the other had slightly more neutral colours (a paler yellow and more mousy brown than orange head), with a more mysterious and intriguing beauty. Its appearance was especially similar to a bohemian waxwing's in the shade, however the undertail was white and it was summer in Ontario so it was indeed a cedar waxwing. 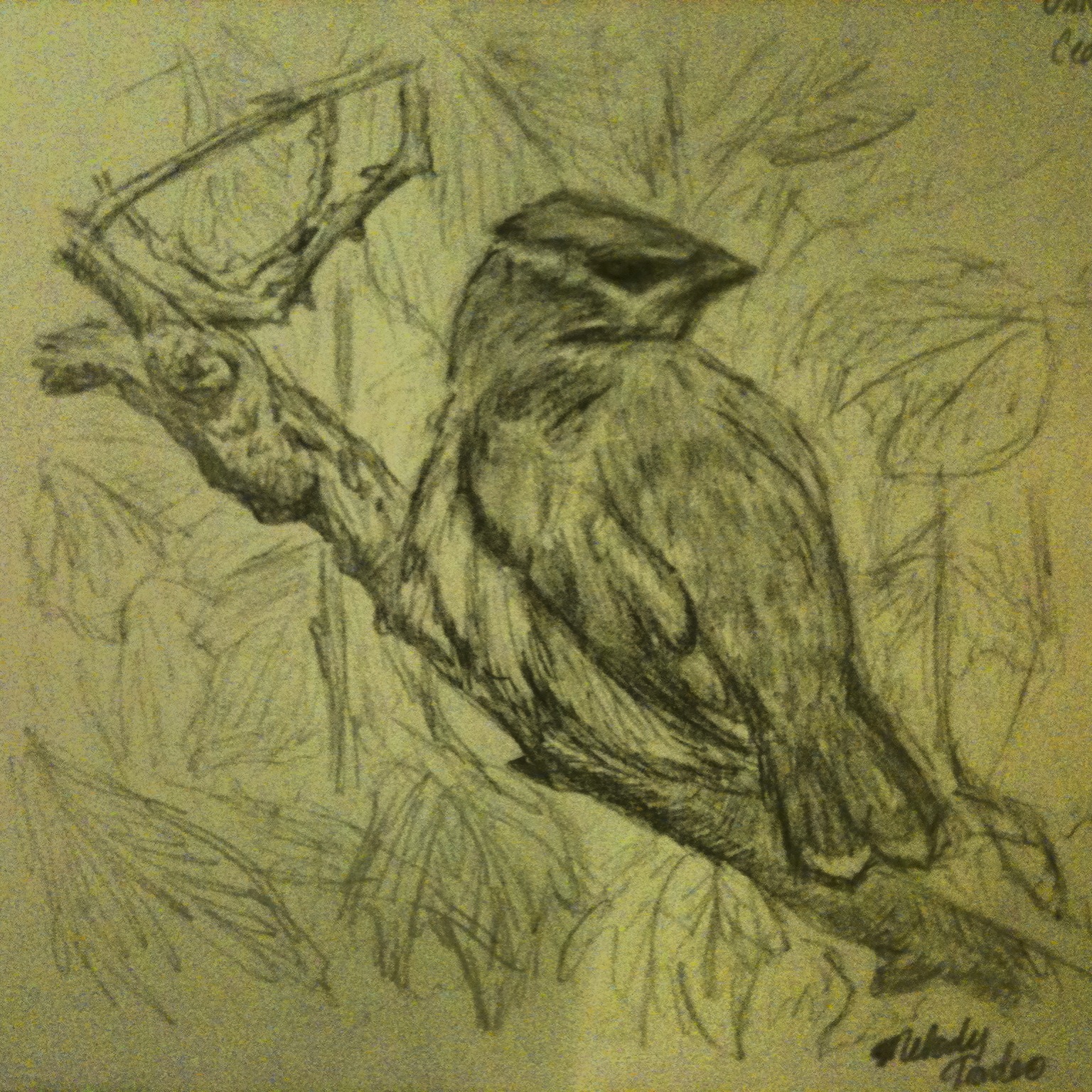