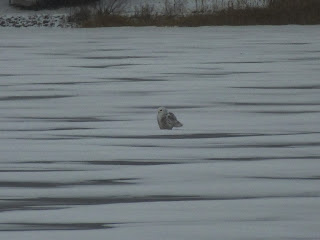 Last Saturday a fairly large circle of migrating cackling geese were sitting in a circle around a lone white bird in the center on a frozen local lake. To our delight, the zoom on the camera revealed that it was a snowy owl! The bird had dark spots and appeared to be a young female. She sat on the lake huddled in her feathers surrounded by the geese that sat formally encircling her.

Within just a couple minutes most of the geese on the lake had flown away, leaving the snowy owl alone. She silently floated over the ice and turning her head to peer at us from afar. Despite being in the middle of a frozen lake she seemed shy so we used the zoom on the camera to look from a distance. Snowy owls are not a common sight here in Ontario, but just a couple days before my father had seen in the neighborhood, flying silently, almost as if it was floating in the air. It was a very rare and exciting sighting in this area, and hopefully she has a good journey!

About Snowy Owls
The majestic snowy owl is a rare winter visitor in Ontario, living mainly in the the Arctic Tundra, father North than any other North American owl. They are large, white owls with some dark flecks (which is good for camouflaging) and yellow cat-like eyes that take up more space in the skull than its brain. Their feathers (also covering their powerful talons) keeps them warm in their cold habitat, as well chick's grey down feathers. Males are smaller and paler with small dark spots, whereas females are significantly larger with darker horizontal grey-brown lines. In both cases, younger adults adults ones have darker markings that pale with age, some older males being pure white.
Size: 51-69cm L 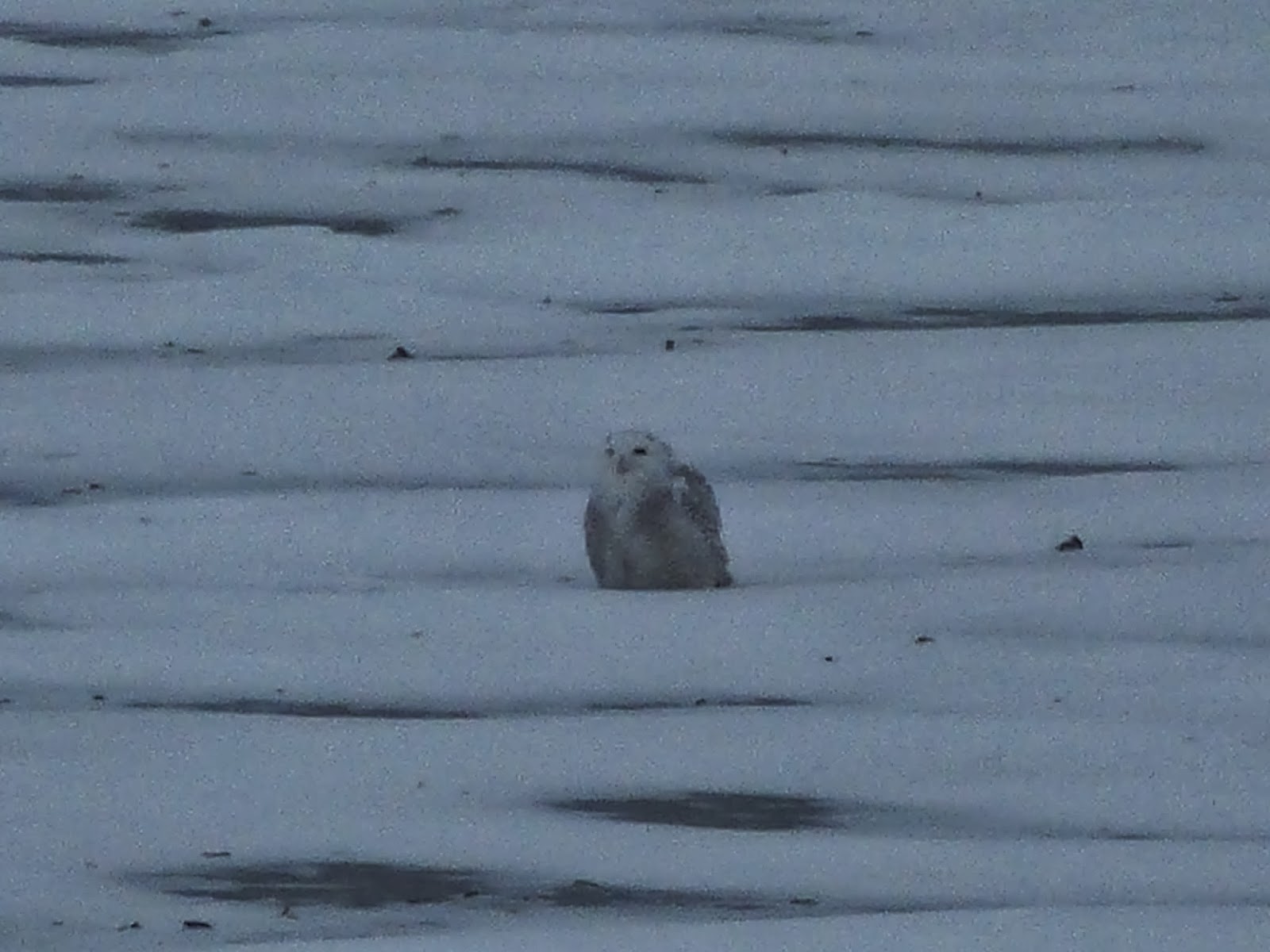 Unlike many other owls, snowy owls are largely diurnal, hunting during the day. These large, silent fliers will often sit perched somewhere high up out in the open, where (s)he can get a bird's-eye view and listen for prey. Snowy Owls prey mainly on lemmings, as well as ptarmigans, voles, and other small animals, coughing up undigested parts such as fur and bones in pellets. An adult will take prey back to the nest if it is breeding season. Parents tear up pieces of meat for the chicks while they are young, and when the owlets are older they swallow prey whole. When lemming and vole populations severely decrease, snowy owls may move south in search of food.

Snowy owls are sexually mature at 3-5 years old, and are generally monogamous. Clutches are laid in nests on the ground in the middle of the open Tundra with up to 12 eggs at one time when food is abundant, although when food is scare they may not breed for a year. The incubation period is 30-33 days, where the older eggs may be laid and hatched two or three days before the youngest.

Snowy owls are also territorial and tend to be aggressive when defending their territory or their young. Despite being typically silent, they may be vocally aggressive with a raspy call or a shriek if it is a female. They may be physically aggressive if a potential predator (such as a fox, human, or even a wolf) gets too close to the nest and threatens their young. Unfortunately their population is one a decreasing trend, one cause being hunting, but their their conservation status on the IUCN redlist as of December 21, 2013 is least concern.