Keeping an Eye Out: Irruption of Snowy Owls

As it turns out, it wasn't all chance that in December two members of my family spotted a snowy owl. It was very unusual for this area (I had never seen a wild
one here before), and it looks like I'm a little tardy in finding out why. Right now there is an irruption of snowy owls; while they'd usually stay closer to the Arctic circle, right now a large number of them are migrating farther south than usual, and sigtings have been sightings as far south as South Carolina. Peter Paton, an ornithologist said to the Providence Journal, "An irruption like this probably hasn’t happened in 30 years or more”. 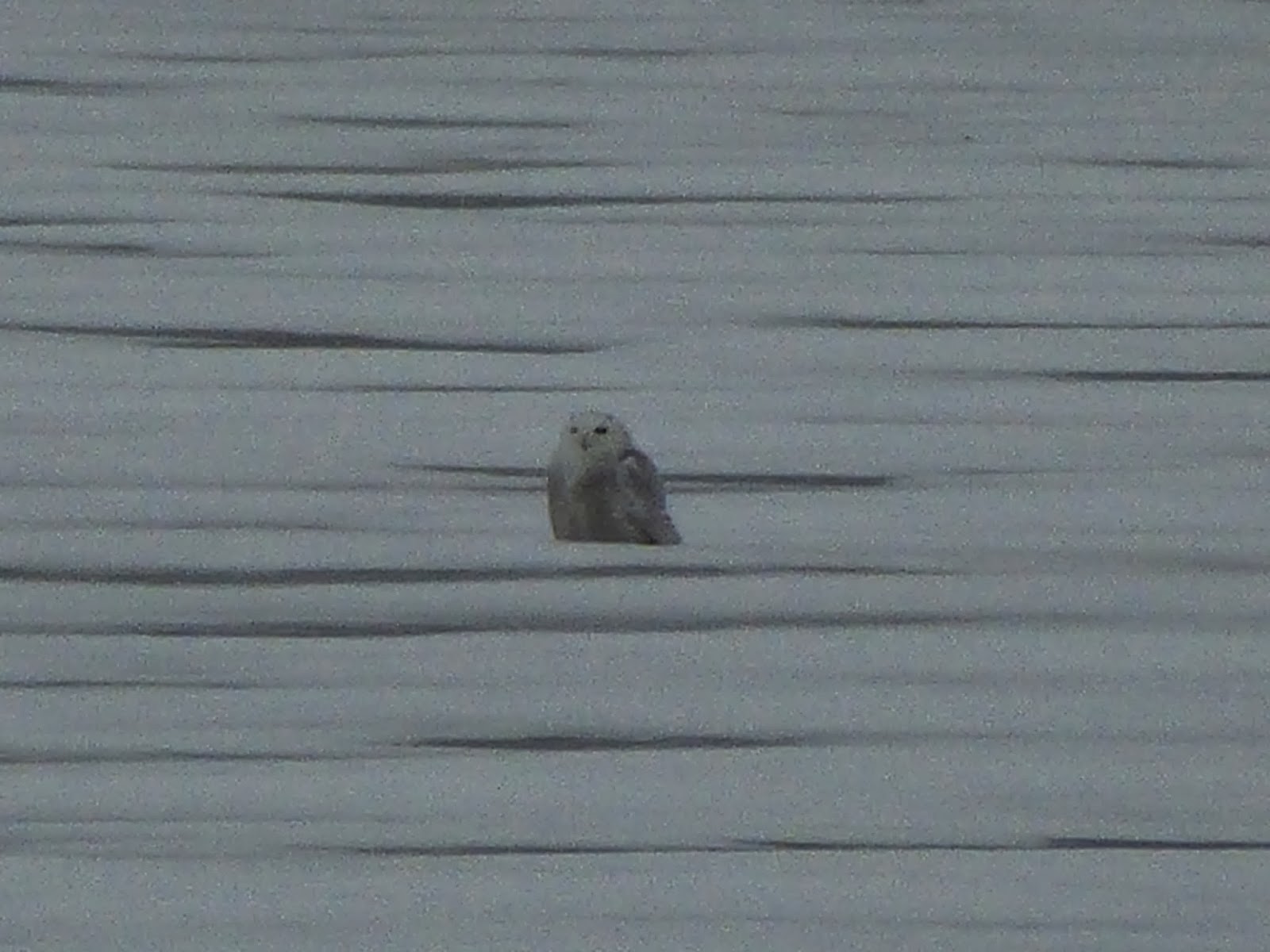 An irruption has more than one possible cause. One common reason is the fluctuation of lemming populations; since lemmings are the snowy owl's primary food source, when lemming populations are low snowy owls will sometimes go south in search of food. Other times it may be because it was a particularly successful breeding season (even with an abundance of food) so owls spread out a bit more with all the growing youngsters, and weather may also trigger an irruption and have an affect on the dispersion of this nomadic species. Also, if you see a snowy owl is it suggested to observe from a distance, and if it looks at you then that that is a potential warning sign. If you see any injured snowy owls, please contact a local wildlife rehabilitation center.

An irruption of snowy owls occurs about once every four years in southern Canada and irruptions like this one even less often, more like once every 10-15 years. The ranges are unpredictable, so if you're in southern Ontario or the States, keep an eye out to the skies and on the ground for these beautiful birds while they're here!
To read December's post about snowy owls, click here. (http://naturenimbus.blogspot.ca/2013/12/snowy-owl.html)

Laboratory of Ornithology. (n.d.). Snowy Owls. All About Birds. Retrieved January 20, 2014, from http://www.birds.cornell.edu/AllAboutBirds/