Near the beginning of the winter break my Dad and I took the dogs out for a quick walk before the forecasted freezing rain started to come down again. It had already started a little earlier and stopped again. The pathway was lightly paved with clear ice which was a little slippery. Ice coated some leaves and twigs and I thought that was shiny. 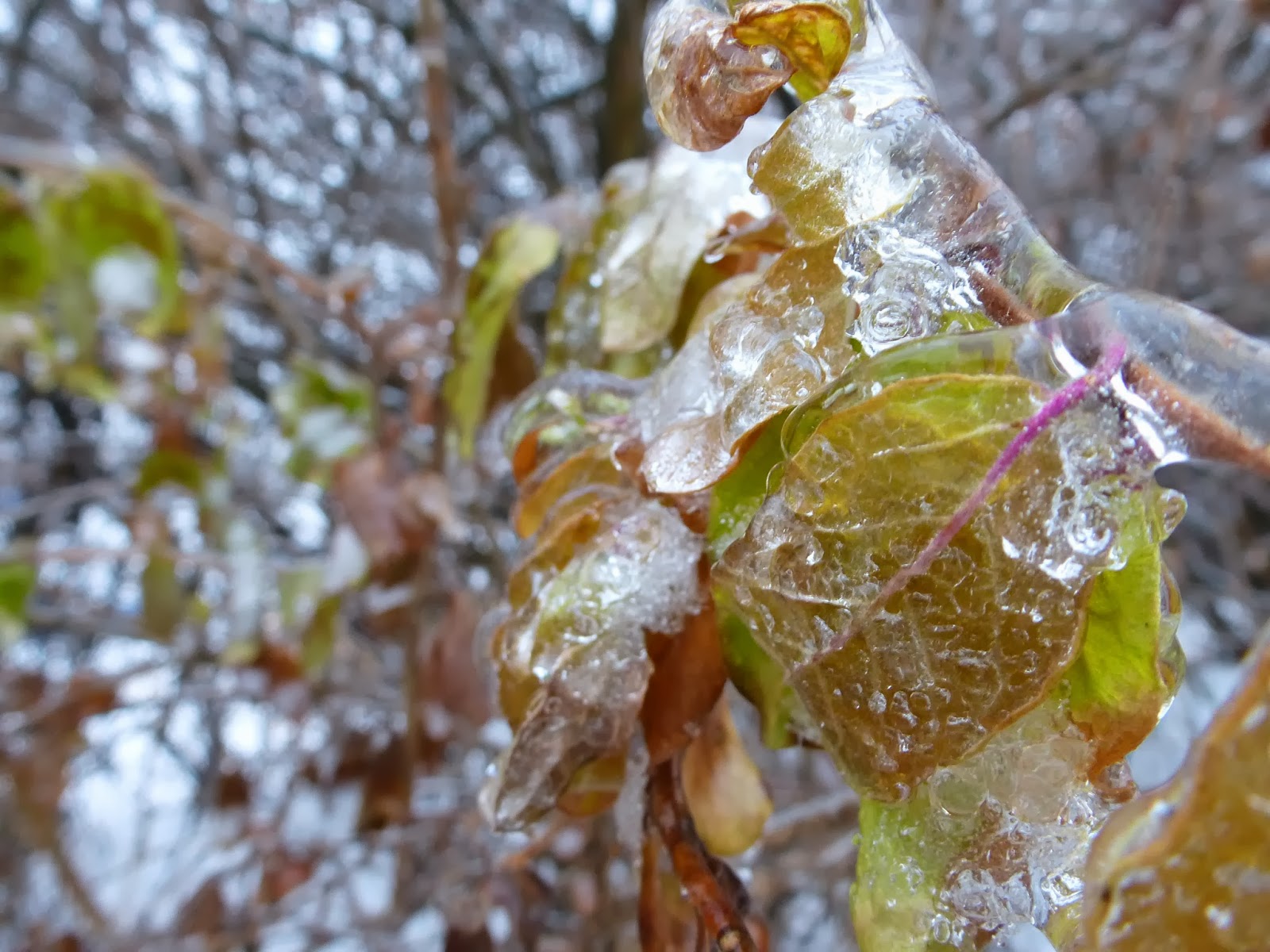 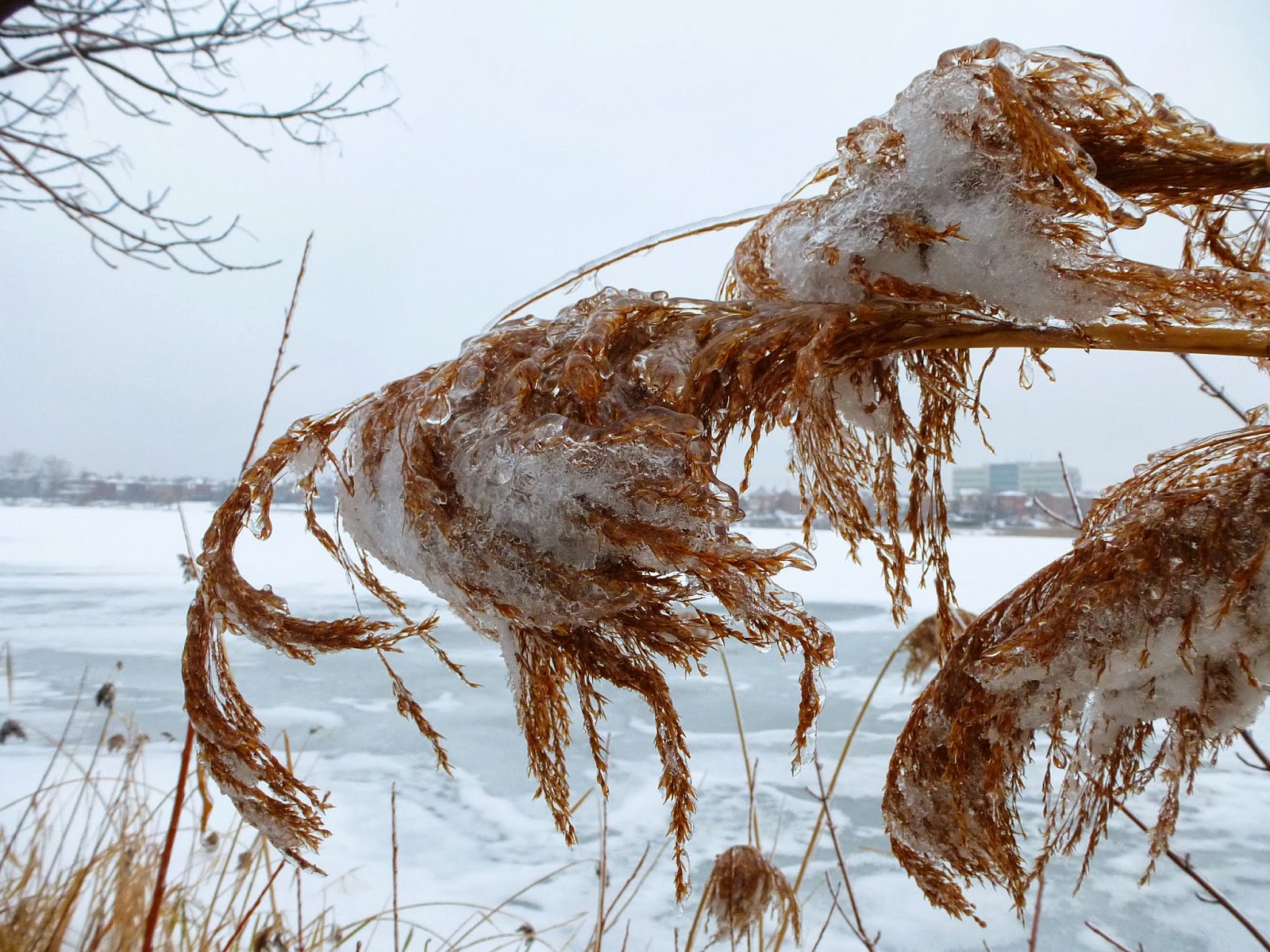 Photos from our walk the day of the ice storm when it had just started to rain again.

Later on that night it started to rain again, and overnight it developed into the worst ice storm that southern Ontario has seen in years. During and following the storm over 350,000 residences in Ontario lost electricity, some for many days. However, the storm took terrible toll on the trees.
One question that could not be answered with certainty right away  is how will this ice storm affect ecosystems in the area? Naturally, ecosystems would be restored eventually, but this might take longer because there is less habitat area for wildlife and we'll do well to keep an eye out for things that we might be able to do to help. One thing we have done is put up a new bird feeder (which will be discussed further in a later post) and hopefully this will be helpful for migrating birds that might be having a harder time finding seeds.
Still, weeks after the storm the remains of the massacre of trees is spread out along pathways and lawns, consisting of thousands of broken branches and standing-but-devastated trees that have been split. I get an empty feeling when I see all those trees, once full of branches, now look bare even for winter. With the threat of emerald ash borers and other strong forces of nature such as ice storms, our area will be in need of more trees to be planted (though hopefully the storm might have helped with the emerald ash borer problem).
Fortunately our apple tree was fine, as it has traits that allow the branches to bend instead of break under the weight of apples (or ice). Many other plants were also encased in ice. 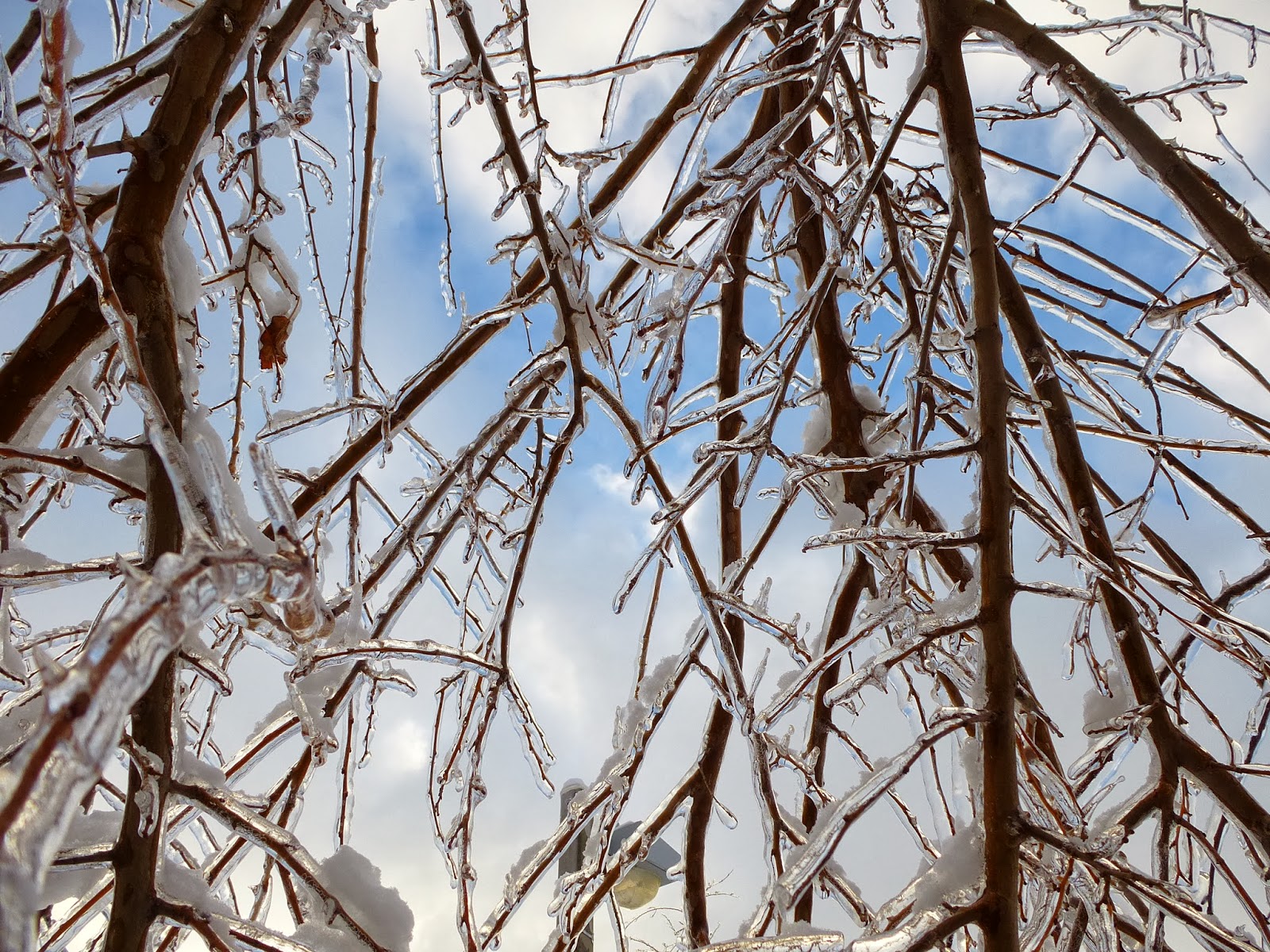 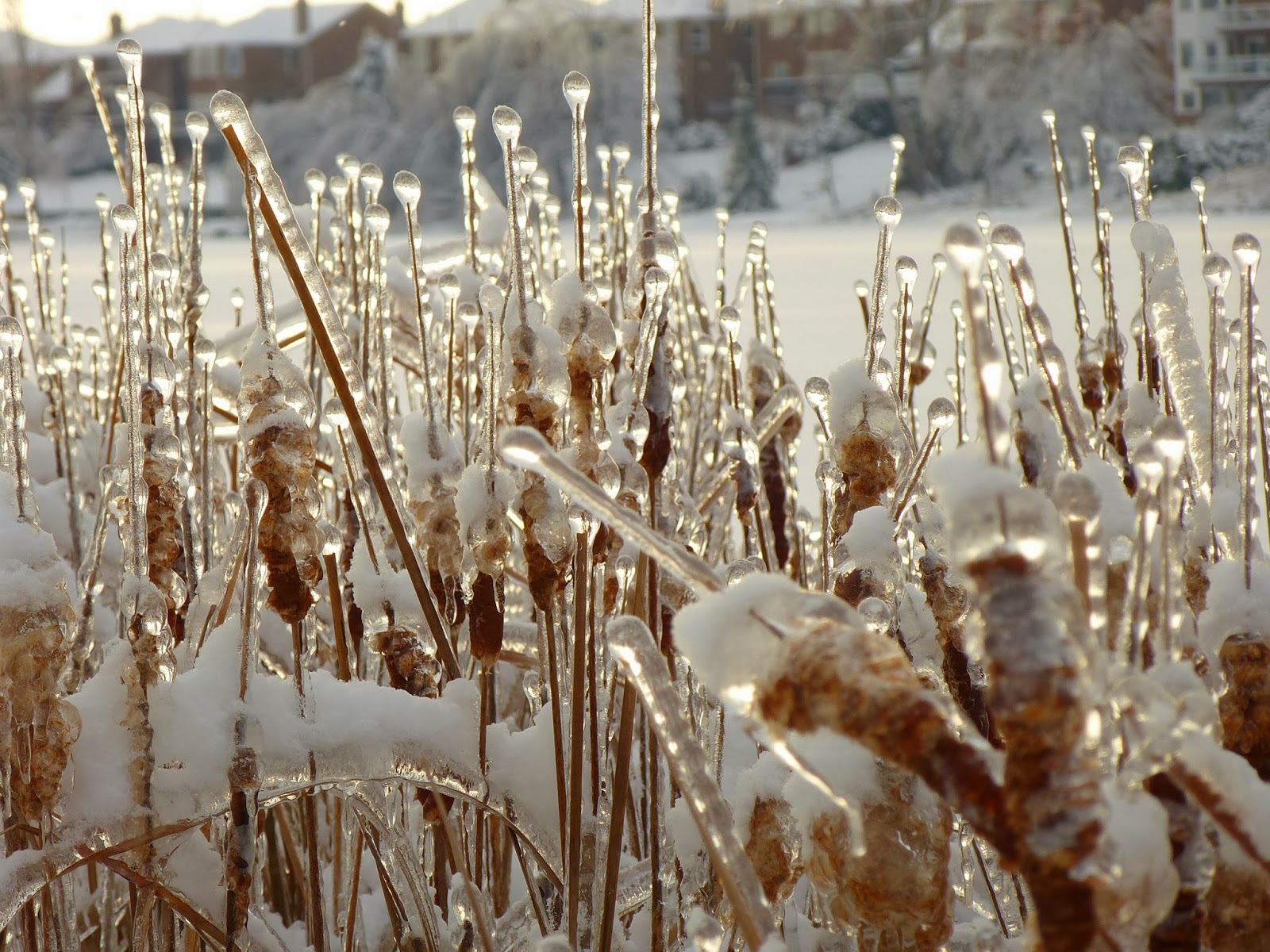 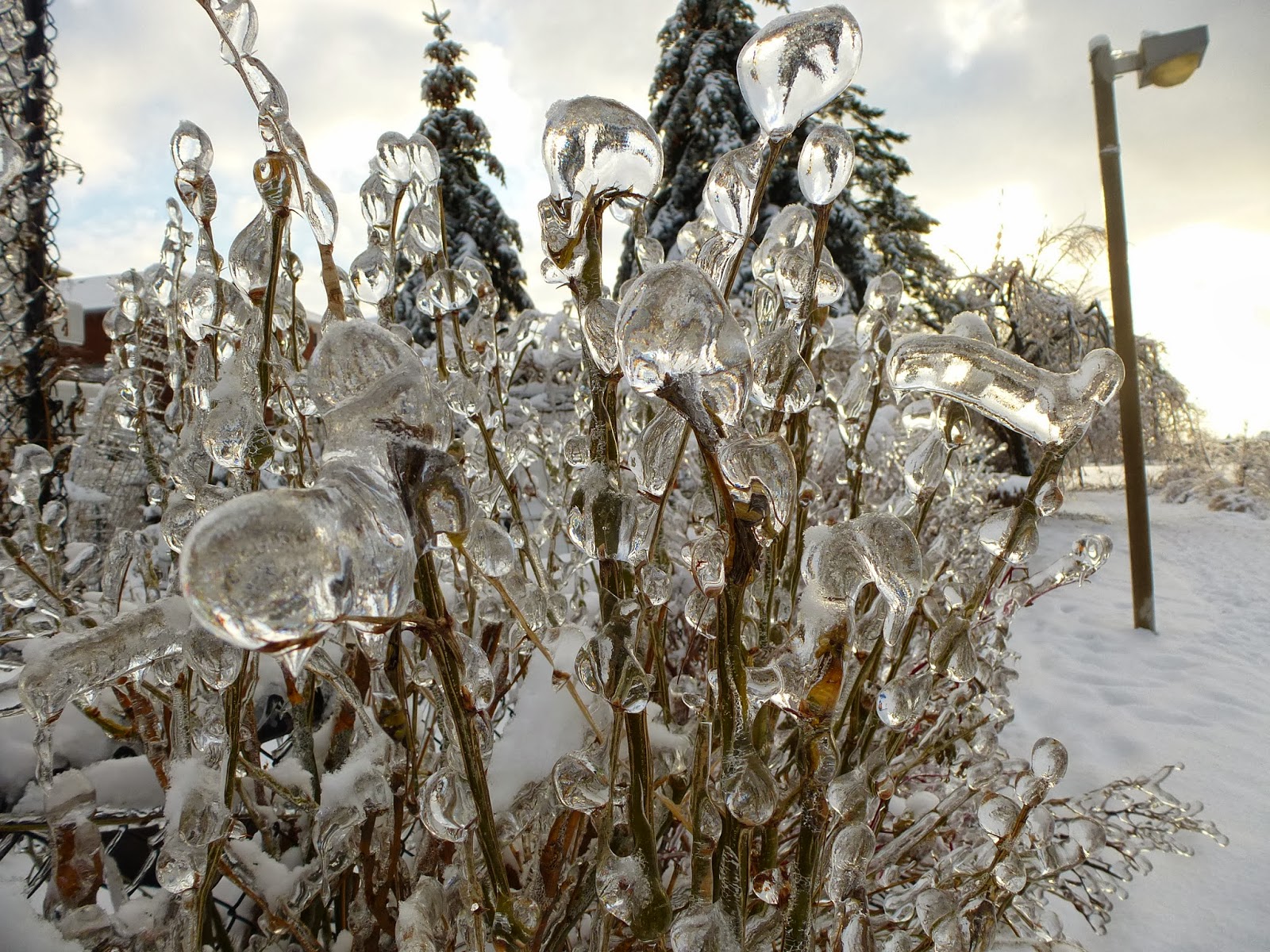 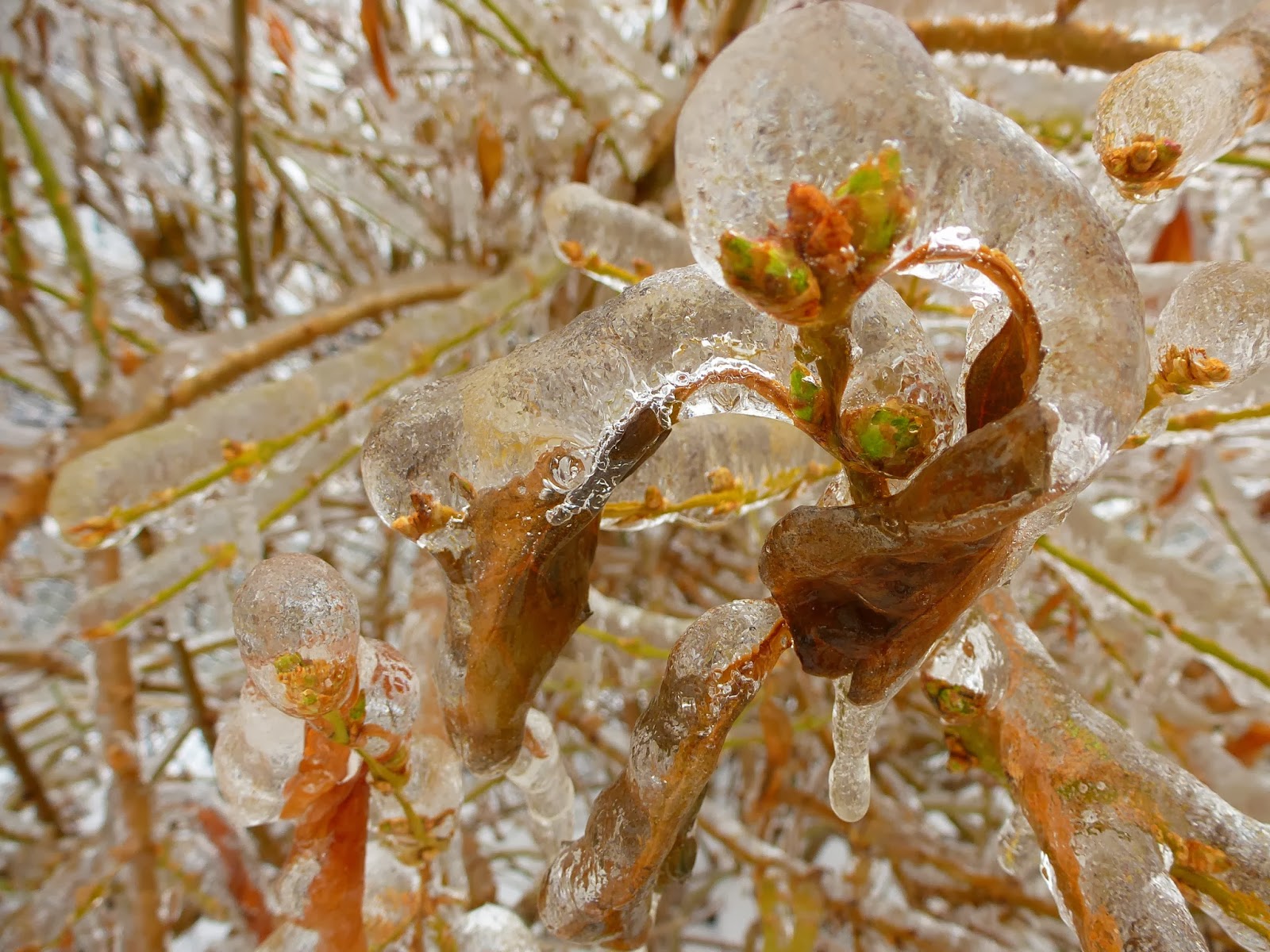 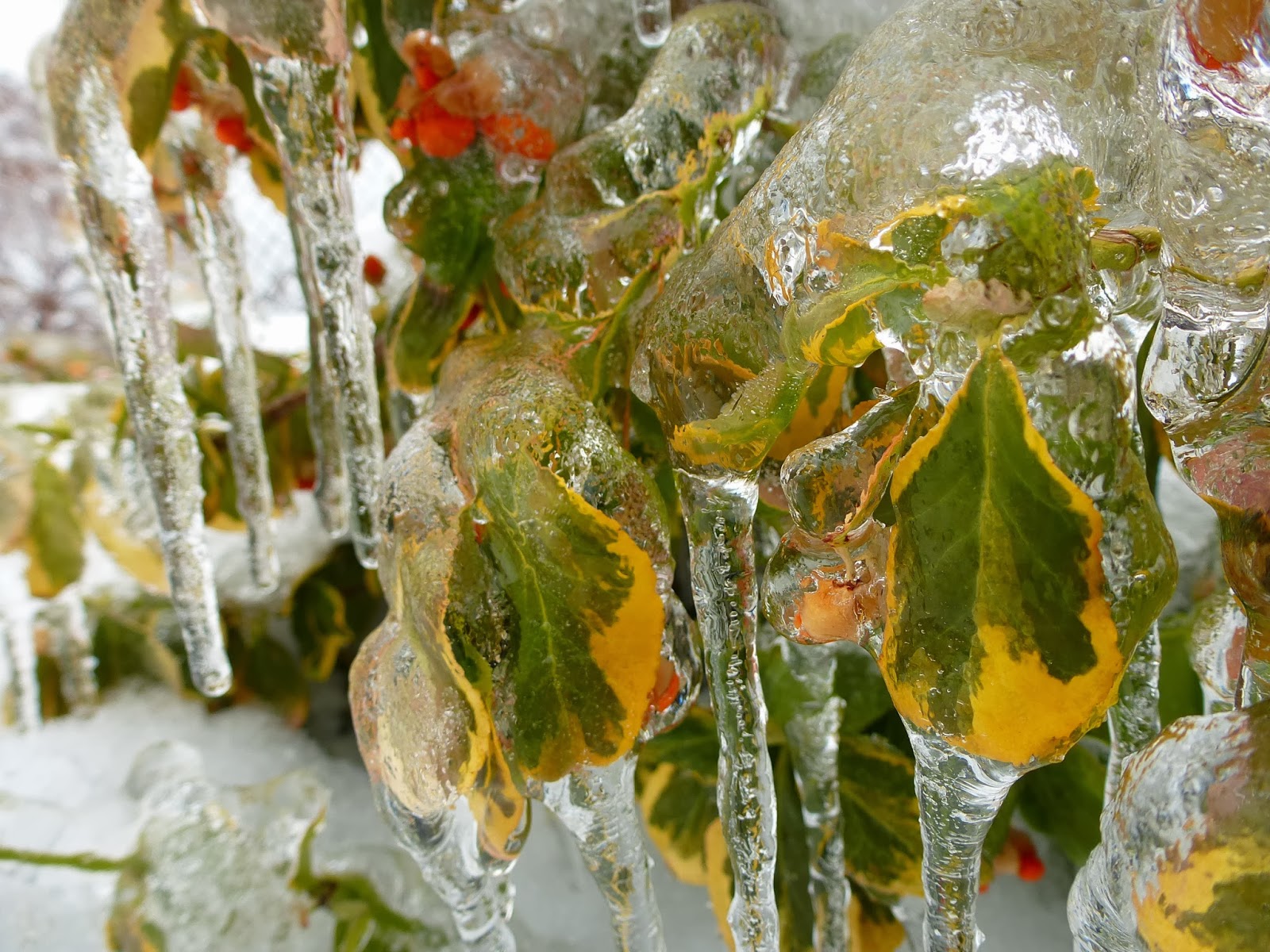 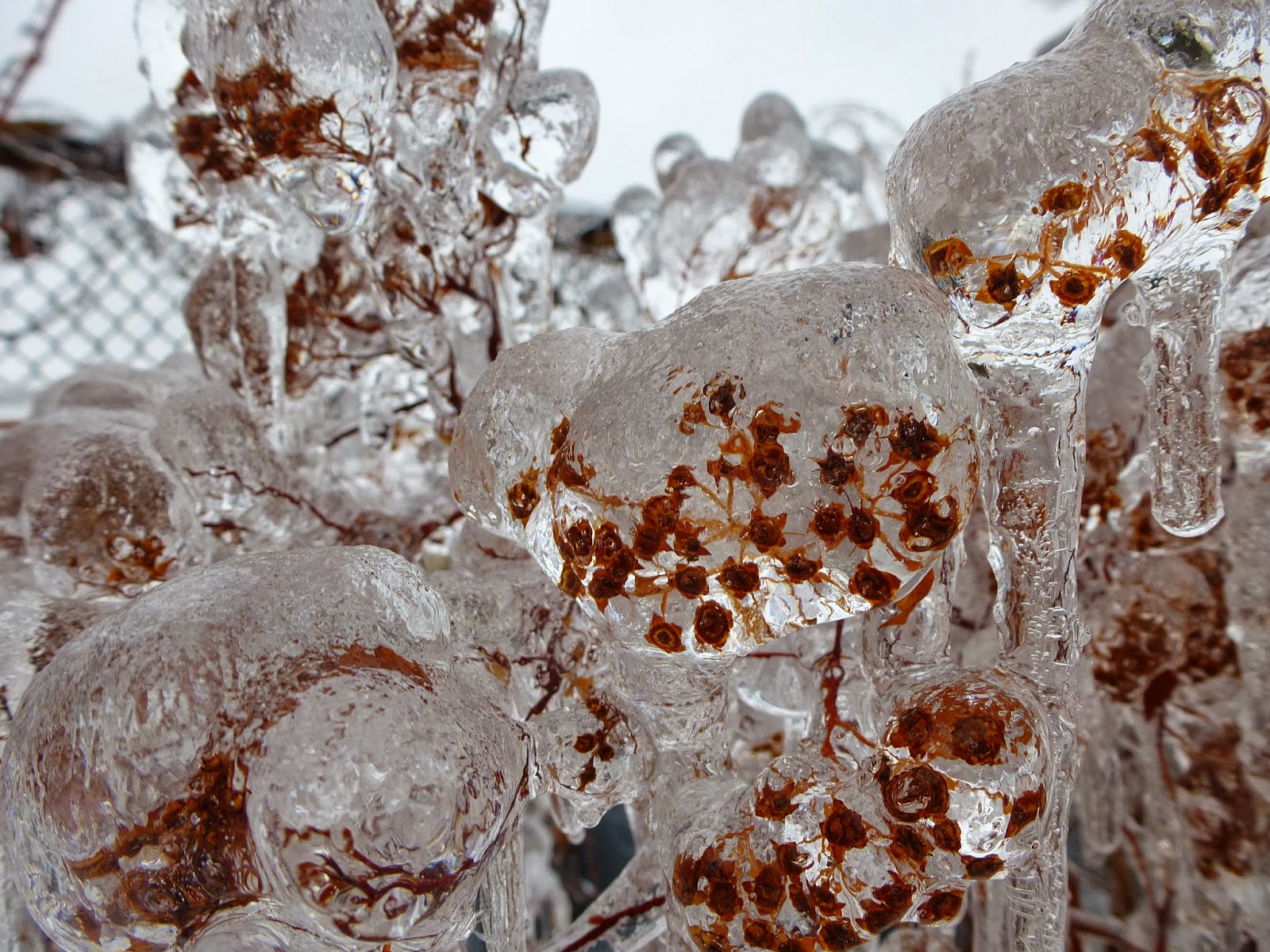 References
Bream, Margaret. January 5, 2013. Wild in the City: Why Your Tree Broke During the Ice Storm. Toronto Star. Retrieved January 12, 2014, from http://www.thestar.com/news/insight/2014/01/05/wild_in_the_city_loss_of_trees_in_ice_storm_difficult_to_see.html